Anbu captain and a former Shinobi of Konohagakure Uchiha clan. He only showed mercy on his little brother, Sasuke, while killing his entire clan. Later, he joined Akatsuki, where he was brought into a feud with Konoha and its ninja. Itachi has the darkest past, among others, in Naruto anime. People who love antagonists and their stories inspired them should look into Itachi Uchiha Jacket. He was the eldest born in his family; thereby, there were so many responsibilities on his shoulders. Despite the fact that he became a homicide murderer, he is still among the favorite list of many people. His fierce red eyes and the strong fights have given people a reason to love him.

He has fought so many great ninja’s; he was the most powerful and greatest Shinobi of his clan. Before his death (spoiler alert!), he has nailed so many people to the ground. Here is the list of Uchiha’s strongest opponents ever.

Watching a brother against brother was something we all never expected. Itachi was the convict of whatever happened to the Uchiha Clan. He was the one who assassinated his whole clan, that’s why he had a very bad impression on Sasuke’s mind. Orochimaru trained Sasuke; after completing his training, he went on his way to destroy his brother.

This was the most glamorous fight in the history of Naruto anime. Two brothers opposing each other, and both almost have the same power. Though, being the good brother, Itachi kept his efforts minimum and let his brother win this fight. At the same time, Sasuke got to know about the fatal disease which Itachi has been facing for a long time.

As a member of Akatsuki, Itachi was assigned with different missions of fighting ninjas and bringing them back to the Akatsuki. Once, he was assigned to recruiting Deidara, The rouged ninja of the hidden village. He was asked to bring him and team up with Sasori. He got these orders from a masked man through Zetsu.

Deidara was the stronger one in his town, but he was nothing for Itachi. He has no chance of winning against him, and that’s why he lost the fight before it even started. He loved to make things from clay, and he was a fragile artist, so he didn’t do anything even after his defeat and calmly joined the Akatsuki but kept a grudge against Itachi.

Itachi’s fight with Kakashi Hatake is one of the initial fights he gets into. When Hiruzen Sarutobi, The Third Hokage, died in Konoha, the two of the strongest characters of Naruto, Itachi, and Kakashi faced each other there. Even this was Itachi’s initial battles; he was so skilled that he outclassed his opponent a few minutes after the fight began.

Itachi had more power and wits than Kakashi, so it was impossible for Kakashi to keep up the pace of the game and sheer of his movements. Eventually, he got captured by Itachi’s Genjutsu under the name Tsukuyomi.

Akatsuki wanted Yagura under their flag soon after the Itachi Uchiha became a member of their clan. He was the fourth Mizukage of Kirigakure. Itachi was sent down to captivate him along with Juzo Biwa as his partner. Finally, we all witnessed Itachi having difficulties in winning this battle. Yagura was more powerful than the expectations, and Juzo Biwa died in front of Itachi’s eyes. To conquer Yagura, Itachi has to use his strength of Amaterasu, and then he took off from the point. It was as clear as crystal that Yagura was the most difficult nemesis that Itachi had to face.

Kisame came into the Akatsuki organization and became a partner of Itachi right after Juzo died. These two became the best allies and used to have practice battles to be more expert in those fights. Kisame’s friendship with Itachi was very interesting. Itachi fought with Kisame before he went on a battle against his brother Sasuke and of course, he defeated him. However, Kisame was powerful among other members of the Akatsuki organization. The two stand out against each other, but in the end, Itachi has to win, so he won.

Shisui the teleporter as known as Shisui Uchiha. He and Itachi became friends from a very young age, and he was the most trustworthy ally of Itachi. Itachi’s goal in life was to become a perfect Shinobi, so he often used to fight with Shisui for his improvement and his training. Shisui found Itachi the most reliable companion, so Shisui committed suicide and gave the full power of the Uchiha clan to Itachi.

Even after all the bad things about his personality Itachi Uchiha was the most loyal member of Akatsuki, and he proved himself trustworthy so often. Well, you can also be a member of this clan by wearing Akatsuki Jacket. So be one of the allies of your favorite Itachi Uchiha! 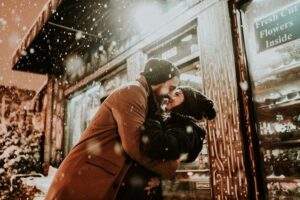 10 Important Questions To Be A Happy Person In love